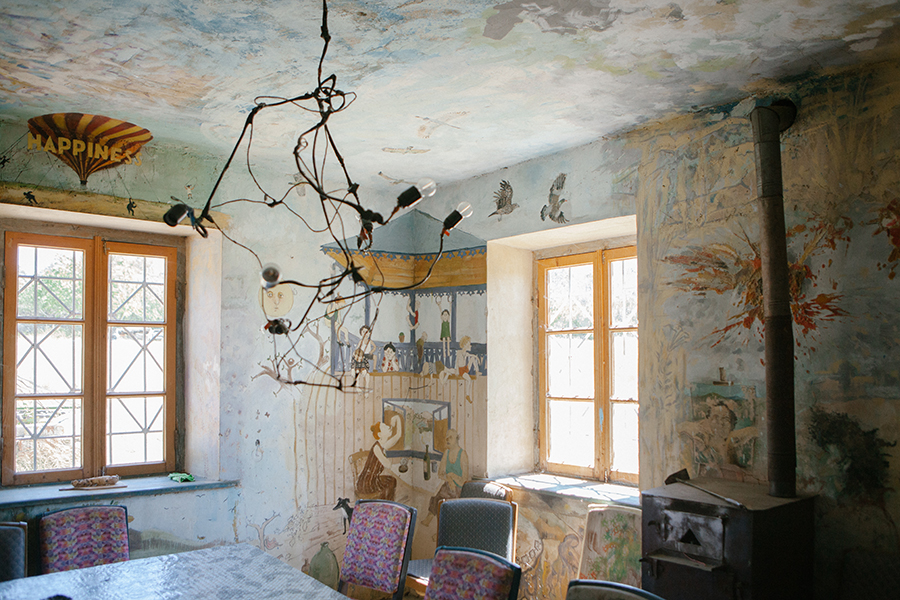 Garikula is one of many villages in Shida Kartli’s Kaspi region, an area with a history that reaches as far back as the Stone Age. During medieval times the region was the epicenter of conflict between the Ottomans, Persians, and Georgians. Although the Bolsheviks blew up most of the old palaces of Georgian noble families, a few still stand in Garikula and neighboring Akhalkalaki, including the former Bolgarsky Summer Residence which turned as a Contemporary Art Center.

When you first step into Art Villa Garikula’s garden you look around and imagine that you are in a fairy tale, the house is old, interesting, and mysterious at the same time.

The house, has a view from the hills, which were painted by every generation of artists.

Here we met Georgian painter Karaman Kutateladze, the owner of this house and Art center. He told us the history of this region and building, introduced the famous Georgian artist, and showed us around the village.

As he said the estate belongs to Polish engineer Vasili Bolgarsky built-in 1885, the chateau was taken over by Soviet authorities after the takeover of Georgia and handed over initially to a kindergarten, orphanage, and then to the State Academy of Arts. In 2000 at his initiative the residence became an art commune venue. He said that people have different feelings and emotions when they are visiting Art villa Garikula. For some people its Dadaism world here, or Surreal.

For us it was a fairytale where everything looks magic, objects have their own story, and knowing these stories gave us an amazing trip in Art vila Garikula.

Art Villa is a place that brings together artists from all over the world to exchange ideas and implement different projects, a cultural crossroad for people with creative interests, and various backgrounds in the arts where imaginative energy has been accumulated.